During recent meetings that saw the participation of professors from the faculties of engineering, philosophy, psychology and the Masters and Basic Program teachers of the Lama Tzong Khapa Institute, the focus of the comparison focused on how to validate reality and focused on a specific question: what is meant by valid consciousness in Buddhism, when is the moment, what are the elements that determine the validity of a knowledge?

A very interesting aspect that we asked to present to the venerable Geshe Namdak, whose formation allows us to give possible answers to this question by combining the Western approach with that of the oldest monastic universities, such as Sera Jey.

How do we see the world and how does our mind shape perceptions into an understanding of what we perceive? This is not only an important question in the fields of neuroscience, psychology and cognitive science but it is also well examined in ancient Buddhist psychology and philosophy. The world around us can be divided in conventional and ultimate realities which need different types of mind to understand these phenomena and to generate a valid cognition of it. Coarser forms of conventional reality, such as the colour and shape of a flower can be perceived with a sense perception, in this case an eye consciousness. Subtler forms of conventional reality, such as the subtle momentary changing nature of the flower, need a mental conceptual consciousness of inference using reasoning and cannot be perceived with sense perception. This is even more the case for generating a valid cognition of the ultimate nature of reality of the flower, its interdependence and relativity, being empty of inherent existence. The processes of generating these types of valid cognition are well defined in Buddhist psychology.

Ancient Buddhist mind science also explains what a mind perceives and how much this perception is influenced by conceptualities of constructive and destructive emotions and incorrect forms of consciousness. It also teaches mental developments of reducing and even eliminating destructive emotions and incorrect forms of consciousness through a process of self-awareness, self-discipline, compassion and wisdom realizing reality. These techniques of emotional intelligence analyze faults of destructive emotions and qualities of positive states of mind and teach us how to understand ultimate reality. This knowledge is applied in focused analytical contemplations, using mental factors like concentration, wisdom, introspection (saṃprajanya) and mindfulness (smṛti), and produce valid states of minds experiencing stable forms of happiness and well being. 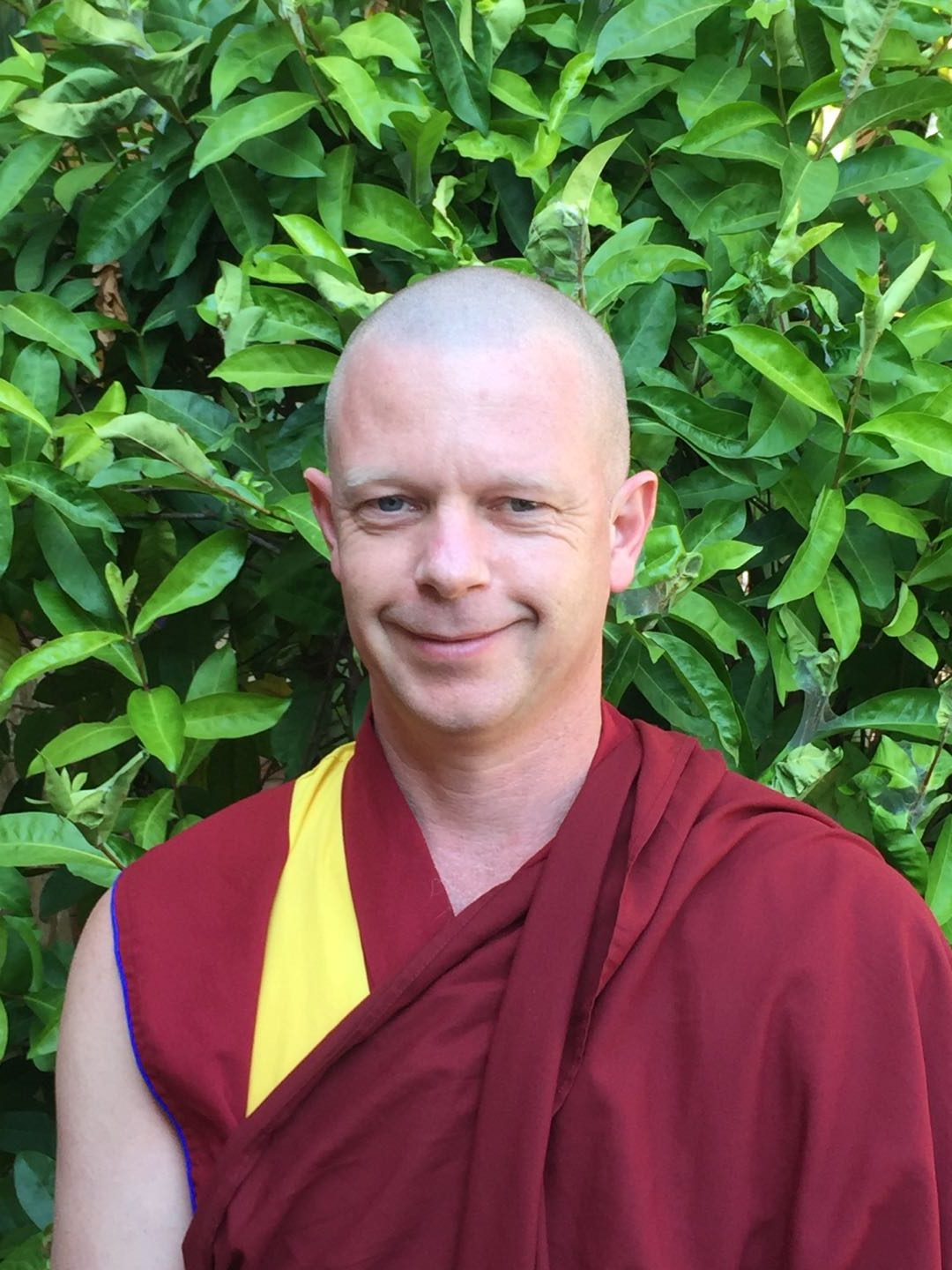 Venerable Geshe Tenzin Namdak first worked as an environmental researcher having graduated from Van Hall Larenstein University in the Netherlands with a degree in hydrology. He started studying Buddhism at Maitreya Institute in 1993 and took ordination from His Holiness the Dalai Lama before engaging in his formal studies in Buddhist philosophy and psychology at Sera Jey Monastic University (SJMU), South India, in 1997. He completed the entire twenty-year Geshe programme at SJMU in 2017, the first Westerner to do so.
Geshe Namdak was a founding teacher of Sera Jey Monastic Translators Training Program for six years, has been a member of SJMU’s Education Department since 2013, was one of the founding trustees and teachers of CKSL, a (FPMT) center that teaches the Nalanda tradition of Buddhism, Bangalore, and the founding director of Shedrup Sungdrel Ling, a house for western monks studying at SJMU, for fifteen years.
He has received a great number of explanatory teachings, transmissions and instructions from more than 25 highly respected teachers and lineage masters and has done many retreats during the study breaks. He is an experienced teacher in practical and philosophical aspects of Buddhism and teaches with great clarity and a good sense of humour.