Mind Science Academy Conference. Reality is not as it appears.

A joint investigation between East and West. 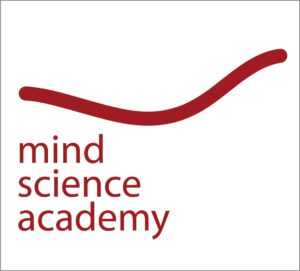 We are pleased to announce that on September 18 and 19, 2021 there will be held at Istituto Lama Tzong Khapa the Mind Science Academy Conference entitled Reality Is Not What It Appears: A Joint Investigation between East and West. .
This event is organized by Istituto Lama Tzong Khapa in collaboration with the University of Pisa, under the patronage of the Italian Buddhist Union and the Region of Tuscany. During the conference, representatives of the Gaden Phodrang Foundation of His Holiness the 14th Dalai Lama will speak via live streaming.
Mind Science Academy (MSA) is a project initiated by Istituto Lama Tzong Khapa at the behest of His Holiness the Dalai Lama during his visit to Pomaia in 2014. MSA aims to promote a multidisciplinary approach to the study of the mind and the emotions by bringing together the methods, tools and knowledge from various Western scientific disciplines (biophysics, neuroscience, psychology, psychophysiology, philosophy of mind, and so on) and the enormous wealth of wisdom accumulated over more than 2,500 years in the Buddhist tradition through first-person analysis of the mind and its processes by means of introspection, concentration, meditation and mindfulness.

MSA seeks to promote true inner peace in the world by exploring and sharing knowledge of the mind and emotions with the wider public, using opportunities for open dialogue and exchange between the Buddhist sciences of mind and the various disciplines of Western academia.

Reality is not as it appears. A joint investigation between East and West.
18 – 19 September 2021

Please note that the program may be subject to change.

🎧 The conference will be held in Italian language with simultaneous translation in English.
To listen to the English translation in the hall it is necessary to have an FM radio and earphones (also available at the ILTK shop).

How to participate online

The event will be broadcast online, in live streaming, through the Zoom channel of the Institute. You can pre-register from the link below. Entering your details will open a page with a personal link to access the event:
https://iltk-org.zoom.us/meeting/register/tZ0pf-GoqD4oHdD8uU5ftZI3FH1abKybfIN1

(Entrance fee and mandatory registration through the form below. We remind you that for in-person participation it is necessary to present the green pass at the reception upon arrival).

Michel Bitbol is emeritus researcher at CNRS/Ecole Normale Supérieure, Paris, France. He received a M.D., a Ph.D. in physics and a “Habilitation” in philosophy. After a start in scientific research, he turned to philosophy of science, editing texts by Erwin Schrödinger and formulating a neo-kantian philosophy of quantum mechanics. He then studied the relations between physics and the philosophy of mind, in collaboration with Francisco Varela, and drew a parallel between Buddhist dependent arising and non-supervenient relations in quantum physics. He also developed a first-person conception of consciousness expressed from the standpoint of an experience of meditation. More recently, he engaged a debate with the philosophical movement called “speculative realism”, from the same standpoint.

Ven. Olivier Rossi (Losang Jamyang) Born in France in 1969, ven. Olivier joined the Masters Program at Institute Lama Tzong Khapa in Italy from 1998 to 2005 under the guidance of Venerable Geshe Jampa Gyatso of Sera Jay Jhadrel Khamtsen and took ordination in June 98. On the advice of his teacher he took the positions of teacher assistant for the residential Basic Program at ILTK from 2005 to 2007, for the Masters Program 2008 to 2013 and again for the Masters Program in 2015-2016. He his currently teaching the residential Basic Program at Munigyana Center in Sicily. Over his 23 years of ordination ven. Olivier has also been leading numerous retreats and weekend courses in FPMT Centers in Europe and India.

Angelo Gemignani is a medical doctor, psychiatrist and doctor in psychology, full professor of neuroscience at University of Pisa, Director of the Department of Surgical, Medical and Molecular Pathology & Critical Care Medicine; Director of the Master in Neuroscience, Mindfulness and Contemplative Practices; Director of Clinical Psychology branch of the Pisa University Hospital. His didactic activity includes many different topics, i.e. the psychobiological bases of human behavior, the neural correlates of mental disorders, integrative cerebral functions and clinical psychology. His research activity is mainly devoted to the study of psychobiological mechanisms of a) sleep functions, b) consciousness and its related non-ordinary states (i.e. induced by meditation), c) distress and negative emotions. (i.e. sleep and consciousness changes in healthy volunteers simulating the human flight to Mars).

Bruno Neri received his “Laurea” degree “cum laude” from the University of Pisa in 1980, in 1983 he joined the “Dipartimento di Ingegneria dell’Informazione” of the same University, since 2000 he is Full Professor of Electronics. Prof. Neri has teached and teaches several courses in the fields of Instrumentation and Measurements, Electronics for Telecommunications, Wireless electronic systems, Design of microwave integrated circuit. Moreover currently he holds a short course entitled “Science and contemplative practices” at the Master of the University of Pisa entitled “Neurosciences, Mindfulness and Contemplative Practices” and he is Director of the Summer School “Consciousness and Cognition” organized by the Università di Pisa in cooperation with Istituto Lama Tzong Khapa. In September 2017 he was co-chair of the Symposium “The Mindscience of Reality” in which His Holiness the Dalai Lama participated as a guest of honor. His current research interest is in the field of Mind Sciences, regarding the effect of meditation on brain activity: in this framework he usually spend several weeks each year inside Tibetan Monasteries in India to collect experimental data, with the cooperation of very skilled meditators engaged in long term retreat.

Fabrizio Pallotti (Champa Pelgye) has been studying and practicing Buddhism since 1979. After attending the Geshe Program at the Lama Tzong Khapa Institute in Pomaia, from 1987 to 1993 he lived in India, where he learned Tibetan and studied and practiced sutras and tantras under the guidance of great Tibetan masters.
After completing 14 years of monastic life, he dedicated himself to translating the oral teachings accompanying many Lamas in the various FPMT centers in South East Asia, Europe and America. Later, at the request of Lama Zopa Rinpoche, he left the United States to return to the Lama Tzong Khapa Institute as a Tibetan to English translator for the Master Program, a position he held until the end of 2016. For many years he has been the official Italian translator of His Holiness the Dalai Lama. He is mainly in charge of the translation and publication program of the texts of Buddhist science, philosophy and practice and the teachings of His Holiness the Dalai Lama and continues to translate orally the teachings of the Lamas in the various Buddhist Centers in Italy.