This morning we met to say goodbye to our precious Master Gaden Tri Rinpoche, who’s leaving for Austria. Happy and touched we showed our gratitude to Rinpoche, with a prayer of a very soon return to our Institute and with the wish he may remain till the end of samsara.

It has been an honor receiving His visit and a great joy to receive His precious teachings, in particular, this year when in all the world is celebrated the 600th-anniversary of the Great Lama Tzong Khapa Paranirvana, founder of Gelugpa lineage.

We spent extraordinary days thanks to the compassion, strength, and energy transmitted by this great Master, born in Tibet.

Hundreds of people, coming from all over the world, attended the event during the last days.

We would also like to thank whoever attended and supported this event; particular gratitude has to go to Richard Gere, as with pleasure we hosted him in Pomaia during the last days.

Thanks by heart to the ILTK management, to all the staff and volunteers for their tireless work.

We remember that during the next days, from 18th to 23rd Oct at the Tibet center in Austria, our precious Master will give Yamantaka empowerment, the Vajrasattva Jenang and will give teachings on Yamantaka Sadhana.
The event information is reported here:: https://www.tibetcenter.at/en/yamantaka-initiation/ 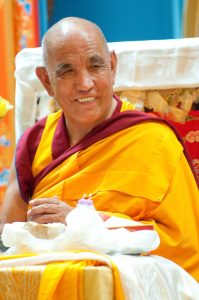