MindScience Academy Conference. Reality is not as it appears
Friday, 8 October 2021

Prof. Bruno Neri introduces us to the Presentation on the effects of meditation on the brain level – Result of research carried out at Sera Jey Monastery, Bylakuppe, India.

Professor Neri, professor of the Department of Information Engineering, was a guest of the Sera Jey Monastic University, at the Tibetan settlement of Bylakuppe, as part of a study and research agreement with the University of Pisa. The activity, which has as its object the analysis of the effects of non-ordinary states of consciousness induced by meditative practices on brain activity, is coordinated by Professor Angelo Gemignani of the Department of Surgical, Medical, Molecular and Critical Pathology. It is part of a broader multicultural and multidisciplinary project involving researchers from the University of Pisa and scholars from the oldest and most prestigious Tibetan monastic universities and had its official launch with the Symposium “The Mindscience of Reality”, held in Pisa in September 2017 with the Dalai Lama as guest of honor.

The scientific mission to Sera Jey aimed to collect biomedical data (high-density electroencephalogram, cardiac and respiratory activity) in subjects with different levels of experience engaged in meditative practice. The volunteers were all monks of the Ghelup School (the same to which the Dalai Lama belongs), some still engaged in the course of study, others, those with more experience, in retreat for several years in a special area of the Sera Jey Monastery. The latter practice meditation for 8 hours a day for the entire duration of the retreat, which can be more than 10 years. It was therefore an opportunity not easily repeatable outside of a context like that of Sera Jey, which will allow to cross the data from the first-person experience of meditators with objective data collected instrumentally and to compare the analysis of the researchers of the University of Pisa with the vision of the scholars of the University of Sera Jey (neuro-phenomenological approach).

The Monastic University of Sera Jey, founded in 1419, has always been one of the main centers of study and research of the Maharashtra tradition, one of the great schools of Buddhist philosophy, which has its roots in the teaching of one of the greatest masters and scholars of Indian thought, Nagarjuna, who taught in the second century AD at the University of Nalanda. When in 1235, after more than a thousand years of history, the University of Nalanda was destroyed as a result of the Arab Muslim invasion of India, most of the texts had been, in the meantime, translated and brought to Tibet where, protected by the formidable natural barriers, the already millenary tradition of the Indian masters has been able to survive and enrich up to our days. The Monastic University of Sera Jey awards the Geshe title equivalent to that of Master’s Degree in Buddhist Philosophy. The basic course of study lasts 21 years. The most gifted Geshe can then access a further path of 6 years and obtain the title of Geshe Larampa equivalent to a PhD. In the adjoining monastery live 5000 monks, 1500 of whom are engaged in studies to become Geshe.

Event organized by Istituto Lama Tzong Khapa in collaboration with the University of Pisa, under the patronage of the Italian Buddhist Union and the Region of Tuscany. 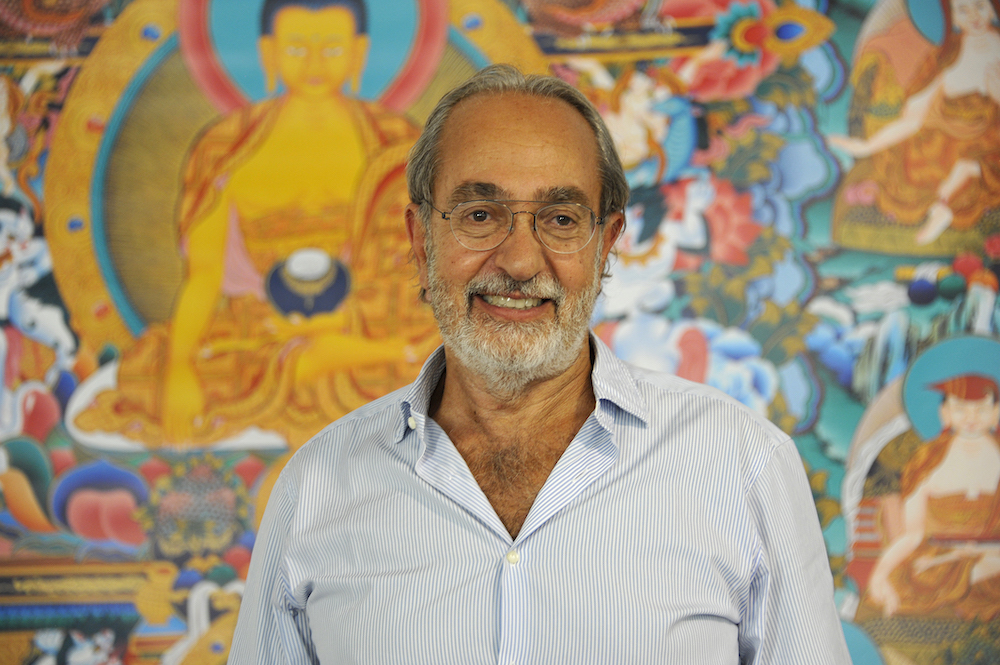 Bruno Neri received his “Laurea” degree “cum laude” from the University of Pisa in 1980, in 1983 he joined the “Dipartimento di Ingegneria dell’Informazione” of the same University, since 2000 he is Full Professor of Electronics. Prof. Neri has teached and teaches several courses in the fields of Instrumentation and Measurements, Electronics for Telecommunications, Wireless electronic systems, Design of microwave integrated circuit. Moreover currently he holds a short course entitled “Science and contemplative practices” at the Master of the University of Pisa entitled “Neurosciences, Mindfulness and Contemplative Practices” and he is Director of the Summer School “Consciousness and Cognition” organized by the Università di Pisa in cooperation with Istituto Lama Tzong Khapa. In September 2017 he was co-chair of the Symposium “The Mindscience of Reality” in which His Holiness the Dalai Lama participated as a guest of honor. His current research interest is in the field of Mind Sciences, regarding the effect of meditation on brain activity: in this framework he usually spend several weeks each year inside Tibetan Monasteries in India to collect experimental data, with the cooperation of very skilled meditators engaged in long term retreat..